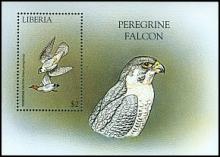 Once described as the “Switzerland of England”, the Forest of Bowland offers an ideal habitat for the peregrine falcon. With its rocky outcrops and vast tracts of upland, it was until recently home to a thriving population of some 15 pairs of Britain’s fastest bird of prey. But almost as rapidly as Falco peregrinus sweeps from the sky to secure its quarry, the number of the species in the 880-square-kilometre beauty spot stretching across Lancashire has plummeted. In just five years, the population has tumbled from 30 birds to just a single breeding pair. The dramatic decline has set alarm bells ringing among conservationists, who point out that there are now more of these graceful predators living in England’s cities than across a vast swathe of the North stretching from the Peak District to the Yorkshire Moors and the Pennines. 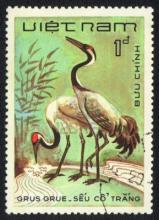 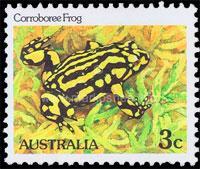 Built on a fragile balance of predators and prey, Australia's various ecosystems are highly susceptible to change. When human intervention consistently alters an ecosystem, this balance can be upset, seriously threatening the biodiversity. While all species are important to an ecosystem, 'keystone' species are particularly vital. These are often top predators such as crocodiles, because of the role they play in controlling prey. The southern cassowary, however, is also a keystone species as it spreads the seeds of as many as 238 species of plants in northern Queensland. "Importantly, research clearly shows that biodiversity contributes significantly to our survival, well-being and enjoyment of life, so when we lose species at the rates that we're currently witnessing, we should be gravely concerned," says Dr Euan Ritchie an ecologist at Deakin University in Melbourne. "Losing any one species is a tragedy, but what is even more concerning is the loss of a species' ecological role following its extinction," says Euan. "If we were to lose dingoes, as an example, we also lose their ability to control pest species such as foxes and cats, and overabundant herbivores, [like] pigs, goats and kangaroos, which has widespread and often negative impacts across the whole system." 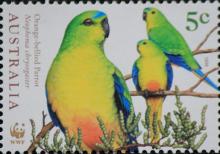 The orange-bellied parrot (Neophema chrysogaster) has a history as colourful as its feathers. The bird was first described by ornithologist John Latham in 1790. He gave it the specific name, chrysogaster, Ancient Greek for 'golden belly'. It has previously been known as the Orange-breasted Parrot - a name given to the Orange-bellied Parrot in 1926 by the Royal Australasian Ornithologists Union or RAOU (now Birdlife Australia) when the word 'belly' was considered inelegant. The orange-bellied parrot is also one of Australia's most endangered birds, listed as ''critically endangered'' - one step above ''extinct''. There are fewer than 50 in the wild. Every summer the birds breed in south-west Tasmania. There they are met by a recovery team which monitors them, provides feed and maintains nest boxes. In colder months the parrots, one of only two species of parrot which migrate , go to the saltmarshes of Victoria and South Australia. The diet consists of seeds and berries of small coastal grasses and shrubs. Australia has one of the worst extinction records in the world. When a plant or animal is put on the national threatened species list a recovery plan is supposed to be drawn up. Often one is not, nor is there a guarantee funding will exist to enact any plan. Conservation biology expert at the Northern Territory's Charles Darwin University, professor John Woinarski, says it is almost impossible to work out what is spent on recovering threatened species each year. ''But the likelihood is that it has been decreasing in the last one to two decades, whereas the problem is becoming greater,'' he said.

Trying to research a bird that is disappearing is a nearly impossible task, if you ask Dave Mossop. The Yukon Research Centre biologist has been studying the American kestrel (Falco sparverius) – North America’s smallest falcon – since the 1980s. In those two decades, numbers of American kestrels in the Yukon have plummeted by 80 per cent. A bird that was once plentiful on telephone wires across the territory is rarely spotted these days. “It’s a real catastrophe and a wake-up call,” says Mossop, who became interested in the American kestrel by accident. He wanted to find out how larger birds like boreal owls and ducks were able to find nesting cavities in small Yukon trees. The kestrel also finds refuge in tree cavities, most often those left over from woodpeckers. While Mossop was tracking these cavities, he realized that the number with kestrels in them was dwindling. That was in the early ‘90s. Mossop started networking with other bird biologists around North America to see if they were noticing a similar trend. But in the ‘90s and the early part of 2000, only the Yukon was experiencing significant declines, he says. That changed in 2009 when a research conference was held to discuss the American kestrel. “It turned out the decline was being seen everywhere at that point and that led to people raising the alarm.” 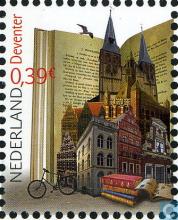 Staniel is the old English word for the kestrel (Falco tinnunculus), the hovering falcon. Staniel is long forgotten now; our modern English name for the bird comes from the French crécerelle, and I was put in mind of all this recently on a weekend trip to Normandy, where I was delighted to find kestrels hovering all over the place, not least above motorway verges: on a 50-mile stretch of the A28 which runs between Alençon and Rouen, I counted 18 of them. Twenty years ago, this was also a typical sight on the M1, M4 and M6, so much so that the kestrel became nicknamed the motorway falcon; the long, undisturbed grass verges, even with heavy traffic thundering past, had turned out to be perfect hunting grounds for the voles and mice on which kestrels feed. But today it would be a rare occurrence indeed to spot 18 kestrels in 50 miles of the M1, for the bird is increasingly in trouble in Britain, with its numbers dropping by 32 per cent in the years between 1995 and 2010, and a staggering 36 per cent decline just between 2008 and 2009. In the 1960s, 70s and 80s, when birds of prey such as peregrine falcons and buzzards were struggling because of pesticide poisoning and persecution, kestrels were flourishing; but now the situation is reversed, and they are the most threatened of our common raptors. 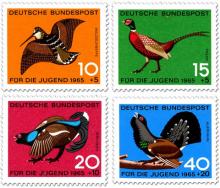 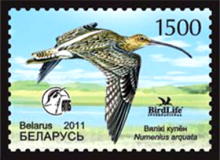 Europe's largest wading bird, the curlew Numenius arquata, is facing extinction in Wales. The RSPB now think there could be as few as 576 pairs left. In 2006 the RSPB thought there were about 1,100 pairs left in Wales. Conservation officer Dave Elliott who works with the animals in Hiraethog, Snowdonia, the only place in Wales where they now breed, said: “The rate of decline has been about 50-80% in the last 15 year period. There may not have been any chicks fledged this year. They certainly disappeared from the uplands quicker than I have ever seen".