Yet again, our government scientists—the oft neglected but so important brain trust of our Nation—bring the public some very important new data. Pesticide water monitoring experts at the U.S. Geological Survey (USGS) paired up with scientists from the University of Iowa in a federally-funded collaboration to track neonicotinoid pesticides or “neonics” in tap water, including the potential to form chlorinated disinfection byproducts (DBPs) from the pesticides and their metabolites that may be more toxic than the original compounds. And, the news isn’t good. Following up on previous research finding neonicotinoids in tap water (Klarich et al 2017), the scientists now explore whether the neonic compounds or their metabolites that are generated in the environment are transformed into disinfection byproducts during common, important drinking water treatment processes used to protect public health, such as chlorination (Klarich Wong et al 2019). This paper is the first report of two known metabolites of imidacloprid in tap water; desnitro-imidacloprid and imidacloprid-urea. This is especially concerning because desnitro-imidacloprid is about 319 times more toxic to mammals than imidacloprid, so even much lower levels could be harmful.

In addition to discovering the presence of the two metabolites in tap water, the authors demonstrate the likelihood that these metabolites are further transformed to a new form of neonic-derived chlorinated disinfection byproduct during routine water treatment processes. The scientists simulated the conditions that would occur during realistic drinking water conditions, to show under laboratory conditions that chlorinated chemicals are produced.

These new chlorinated contaminants are untested, untracked, and potentially harmful. In other words, their potential impacts on human health could be a big deal! Other types of disinfection byproducts in drinking water are highly toxic, linked to a risk of cancer and birth defects.

Those potential harms could also be a big deal risk-wise because neonics are the most widely used insecticides on the market. EPA and other regulatory agencies have disregarding the potential for neonics to harm vertebrates, because their mechanism of toxicity was thought to be insect-selective. Unfortunately, this caused a regulatory blind-spot in the harm they do to beneficial insects like bees, and aquatic invertebrate species that provide a critical food source for amphibians, fish and other aquatic vertebrates. The reason the metabolites (for example, desnitro-imidacloprid) raise a red flag is that science now demonstrates that the insect-selective toxicity is altered, causing them to be more toxic to vertebrates including people and other mammals.

See USGS Pesticide Use Maps for the most current information, but note USGS's disclaimer that beginning in 2015 the data reports no longer include seed treatment uses of pesticides; for the neonics this represents somewhere around 90% of total pounds of neonic pesticides used in agriculture—a very serious under-reporting. See below for imidacloprid (note the drop-off since 2015 due to failure to include seed treatments)

The study report authors note that although the chlorinated disinfection byproducts derived from neonics have an unknown toxicity profile, it is possible that they may be more toxic than the parent compound. Thus, the authors recommend in the article that the “greater potential toxicity and frequent presence in these water samples of neonicotinoid metabolites demonstrates the need to consider their fate and persistence in drinking water treatment systems (ex. during chlorination and other treatment processes) and their potential effects on human health” (p. 7). NRDC agrees! That’s why we are asking EPA to include all the neonic metabolites and chlorinated products in its human health risk assessment of the neonic pesticides, due later this year.

In addition to surface water and drinking water contamination, the U.S. Department of Agriculture has found neonics inside fruits and vegetables, where they can’t be simply be washed off due to their systemic nature. And, emerging science suggests a link with neonic exposure and potential disorders including neurobehavioral impairments in animal studies, and Autism-like effects in prenatally exposed children.

In addition to including all relevant neonic metabolites in its risk assessment, EPA should also assess the cumulative risks from all the neonic pesticides and their toxic metabolites together. It is alarming that EPA seems to have no plan for conducting a cumulative risk assessment for this toxic and persistent class of pesticides. The scientific evidence of harm is piling up—EPA must pay attention! 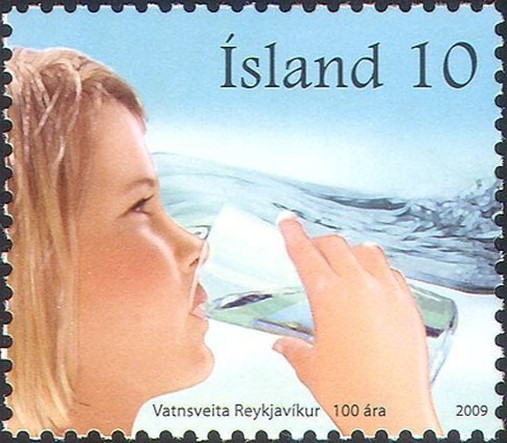