The objective of the present study was to evaluate immunotoxic effects of imidacloprid in female BALB/c mice. Imidacloprid was administered orally daily at 10, 5, or 2.5 mg/kg over 28 days. Specific parameters of humoral and cellular immune response including hemagglutinating antibody (HA) titer to sheep red blood cells (SRBC; T-dependent antigen), delayed type hypersensitivity (DTH) response to SRBC, and T-lymphocyte proliferation in response to phytohemagglutinin (PHA) were evaluated. The results showed that imidacloprid at high dose, specifically suppressed cell-mediated immune response as was evident from decreased DTH response and decreased stimulation index of T-lymphocytes to PHA. At this dose, there were also prominent histopathological alterations in spleen and liver. Histopathological analysis of footpad sections of mice revealed dose-related suppression of DTH response. Imidacloprid at low dose of 2.5 mg/kg/day did not produce any significant alterations in cellular and humoral immune response and it seemed to be an appropriate dose for assessment of ‘no observable adverse effects level’ for immunotoxicity in BALB/c mice. The results also indicated that imidacloprid has immunosuppressive effects at doses >5 mg/kg, which could potentially be attributed to direct cytotoxic effects of IMD against T cells (particularly TH cells) and that long-term exposure could be detrimental to the immune system.

In September 2011 a Green Member of the Dutch Parliament, Rik Grashoff, put forward a Parliamentary motion proposing a ban on the "commercial use" of Roundup outside agriculture. In the motion, Grashoff cited evidence presented in Earth Open Source's report, "Roundup and birth defects: Is the public being kept in the dark?". This report revealed that industry's own studies carried out as long ago as the 1980s showed that glyphosate, Roundup's active ingredient, causes birth defects in laboratory animals. These findings, and evidence of other types of harm, have been confirmed in independent peer-reviewed studies, also mentioned by Grashoff in the motion. Grashoff added that Roundup is a threat to drinking water supplies and that alternative methods of weed control are available. Grashoff's motion gained majority support in the Parliament, so now the relevant minister has to work out a proposal. There has been talk of stopping the use of the herbicide on streets, in parks, and other public places. Our sources in The Netherlands tell us that Monsanto asked for a meeting with the minister. In due course, a "Sustainable Weed Control Support Group" was founded by "users and producers of herbicides", including a website, facebook and twitter sites. These sites promote the notion of the "sustainable use" of Roundup and claim declining levels of pollution in surface water in recent years. On 25 June 2012 Monsanto placed a large advertisement in De Telegraaf, the biggest newspaper in The Netherlands, claiming that EOS's report was wrong. Monsanto's counter-argument was that the studies highlighted in EOS's report – all of them, presumably! – had been evaluated by CTGB (the Dutch regulatory authority) and other EU authorities and were deemed not "relevant". 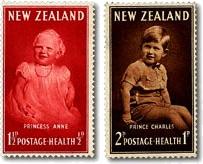 There have been a few studies of neonicotinoid-induced toxicity in the nervous systems of vertebrates, and these studies were conducted with only a few of the neonicotinoids, such as imidacloprid, thiamethoxam, and clothianidin. Imidacloprid has been reported to act as an agonist or an antagonist of nAChRs at 10 microM in rat pheochromocytoma (PC12) cells and to change the membrane properties of neurons at concentrations greater then or equal to 10 microM in the mouse cochlear nucleus. Exposure to imidacloprid in utero causes decreased sensorimotor performance and increased expression of glial fibrillary acidic protein (GFAP) in the motor cortex and hippocampus of neonatal rats. Furthermore, it has been reported that the neonicotinoids thiamethoxam and clothianidin induce dopamine release in the rat striatum via nAChRs and that thiamethoxam alters behavioral and biochemical processes related to the rat cholinergic systems. Recently, imidacloprid and clothianidin have been reported to agonize human alpha4beta2 nAChR subtypes. This study is the first to show that acetamiprid, imidacloprid, and nicotine exert similar excitatory effects on mammalian nAChRs at concentrations greater than 1 microM. In the developing brain, alpha4beta2 and alpha7 subtypes of the nAChR have been implicated in neuronal proliferation, apoptosis, migration, differentiation, synapse formation, and neural-circuit formation. Accordingly, nicotine and neonicotinoids are likely to affect these important processes when it activates nAChRs. Accumulating evidence suggests that chronic exposure to nicotine causes many adverse effects on the normal development of a child. Perinatal exposure to nicotine is a known risk factor for sudden infant death syndrome, low-birth-weight infants, and attention deficit/hyperactivity disorder. Therefore, the neonicotinoids may adversely affect human health, especially the developing brain. 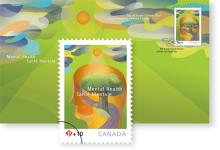 Imidacloprid (IMI) is widely used systemic insecticide that acts as an agonist on nicotinic acetylcholine receptors (nAChRs). IMI has been reported to be more active against insect nAChRs (EC50 0.86–1 μM) than it is against mammalian nAChRs (EC50 70 μM). The objective of this study was to determine to what extent IMI affects the nAChRs of the stellate cells of mouse cochlear nucleus (CN), using whole-cell patch-clamp recording.