In a new study, scientists examined exactly how bumblebees are affected by pesticides by scanning bumble bee brains and testing their learning abilities.They found that baby bees can feel the effects of the food contaminated by pesticides brought back by worker bees into the colony, making them poorer at performing tasks later in life.

Dr. Richard Gill, a senior lecturer in the Imperial College London's the Department of Life Sciences and an author of the study, compared it to how a fetus might be damaged by a harmful substance in the womb. "Bee colonies act as superorganisms, so when any toxins enter the colony, these have the potential to cause problems with the development of the baby bees within it," he said. "Worryingly in this case, when young bees are fed on pesticide-contaminated food, this caused parts of the brain to grow less, leading to older adult bees possessing smaller and functionally impaired brains; an effect that appeared to be permanent and irreversible."

The loss of bumblebees can contribute to decreasing biodiversity and potentially impact our food supply, with the bees pollinating plants such as cucumbers, tomatoes, squash, blueberries and melons.

In their experiment, the researchers spiked nectar with a class of pesticides called neonicotinoids at a similar concentration that's been found in wild flowers. Then they introduced it into a lab-based bee colony. Once the baby bees emerged as adults, their learning ability was tested after three days, and again after 12 days. The results were compared with young bees from colonies that were fed no pesticides and those that were fed pesticides only as adults. They found that bees that were fed pesticides when they were developing as larvae showed significantly impaired learning ability compared to those that were not.

To determine this, the researchers tested if bees could learn to associate a smell with a food reward, scoring how many times out of 10 each successfully performed the task. "There has been growing evidence that pesticides can build up inside bee colonies. Our study reveals the risks to individuals being reared in such an environment, and that a colony's future workforce can be affected weeks after they are first exposed," said Dylan Smith, also with the Department of Life Sciences at Imperial. This impaired learning ability could make it harder for the worker bees to navigate and forage, Gill said, potentially imperiling the bee colony.

The researchers also scanned the brains of close to 100 bees involved in their study using new micro-CT scanning technology and found that those who had been exposed to pesticides had a smaller volume of an important part of the insect brain, known as the mushroom body. The mushroom body is known to be involved in learning ability in insects, and poor performance on the learning task correlated with smaller mushroom body volume, supporting the suggestion that pesticide exposure is the cause of the bees' poor performance, the study said.

Gill said the research showed that the role pesticides may have played in the decline of bumble bees and other pollinators may have been underestimated, when compared with things like the climate crises and habitat loss. 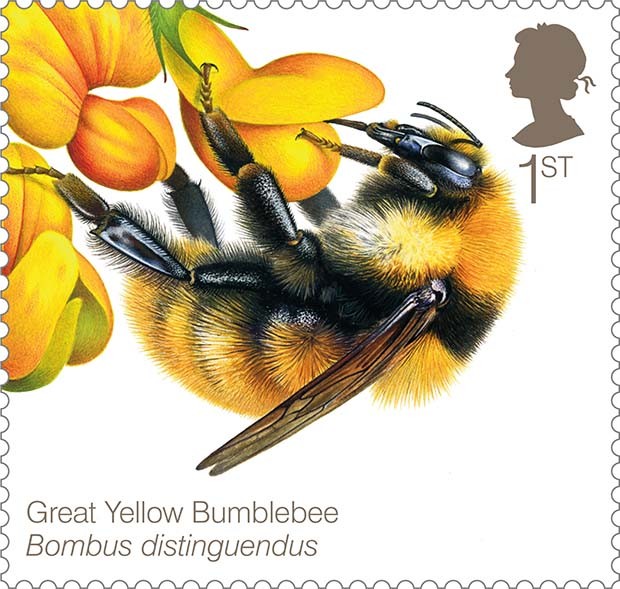