Wildlife species in danger of disappearing from East Anglia

Here is a list of species that are on the brink:

Once a common sight in East Anglia, turtle doves are now rarely spotted having suffered a 91% UK population decline since 1995 - and there are fears that at this rate the bird's' UK extinction as a breeding species is a real possibility.

This summer migrant favours sandy soils for its ground nests but its habitat is dwindling and last year, possibly as few as 202 pairs of stone curlews are thought to have nested in the East of England. The majority - around 165 pairs - were in the Brecks, with a small number of birds breeding in other parts of the region, including the Suffolk Coast close to RSPB Minsmere nature reserve. This figure represents a fall of 30% from a peak of 290 breeding pairs in 2012, a "troubling trend" according experts at the RSPB.

While the range of the Norfolk hawker has extended further south into Suffolk in recent decades, Buglife say the existence of the dragonfly in East Anglia remains under threat as most of the unspoilt grazing marsh systems that it relies on has been drained and gone under the plough.

Limited to small parts of West Suffolk, North Essex and a slither of Cambridgeshire, the crested cow-wheat now only exists in small numbers on roadside verges because most of its grassland habitat has gone. Another reason for its scarcity is its complex biology - this niche specialist relies on ants to disperse its seeds, which are shaped like ant eggs and prefers clay soils.

Now only found in a couple reedbed fens in Norfolk and recently reinstated at one secret site in Suffolk, the extremely rare fen orchid is vulnerable because it is only found in a very limited number of locations. If a catastrophic event should occur at these spots, the chances are it would be wiped out from the region.

Little terns are one of the UK's rarest seabirds, and rely heavily on the east Norfolk coast, which supports around 20% of the national population. But busier beaches mean there is less space for this ground-nesting species while climate change is thought to be causing a reduction in the number of sand eels on our shores - a mainstay of the little tern's diet.

At one time adders could be seen on the old heaths around Sudbury in west Suffolk but today the UK's only venomous snake is most likely to be found on heaths and coastal areas in the east of the county. But research from the Amphibian and Reptile Groups UK (ARG UK) has found that 90% of the small populations of adders are in decline - this shy creature suffering from human disturbance.

Already under threat because of fragmented woodland and the ongoing loss of hedgerows, numbers of dormice have declined by 72% in 22 years, according to figures from the People's Trust for Endangered Species (PTES).

People of a certain age grew up seeing hedgehogs on a regular basis but nationally, numbers of this iconic mammal in rural areas have halved since 2000 and continue to fall with a lack of food and dangerous roads major problems.

As the name would suggest, this exotic sounding Breckland beetle is dependant on the seeds of the Wormwood plant, which wildlife charity Buglife says is fast disappearing due to farming, afforestation and grazing habits. With a very restricted UK distribution and highly specialised habitat requirements, the nocturnal moonshiner is extremely vulnerable to change.

A bumblebee once very common across the region but now restricted to the Thames Gateway area due to habitat loss and climate change, the shrill carder bee has suffered from the wide scale use of herbicides in farming, which Buglife says has turned much of the landscape into a barren wilderness for this late season insect, which has gone from common to scarce in a 25-year population crash.

The UK's largest butterfly, native swallowtails are now found only a few locations in the Broads. This is because this stunning creature is dependent on a single plant species - milk parsley - for reproduction. In other areas, milk parsley has been lost to building and other works as southern reaches of the Broads have become commercialised. Elsewhere in the UK, conditions are not right for milk parsley to grow.

A recent study by Froglife found that the number of toads making their annual spring migration has fallen by two-thirds in 30 years. Just why there has been this drop remains unclear although pollution and a reduction in insect numbers, the toad's main food source, are thought to be causes. 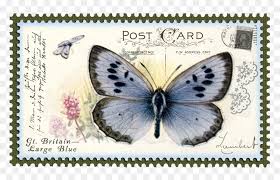