All around him, even in a place as beautiful as the Little Qualicum River estuary, his office for 30 years as a biologist for the Canadian Wildlife Service, he sees the unravelling of "the web of life." "It's happening very quickly," he says. Registered Professional Biologist Neil Dawe has written over 80 papers on birds, ecology and the environment. He received Environment Canada's Regional Citation of Excellence Award for his work in co-founding and co-chairing the Brant Wildlife Festival. He received the Outstanding Service Award from the Federation of B.C. Naturalists and the Ian McTaggart-Cowan Award of Excellence in Biology from the Association of Professional Biologists of B.C. In 2006, he retired from the Canadian Wildlife Service, Environment Canada, after 31 years of managing National Wildlife Areas and Migratory Bird Sanctuaries on Vancouver Island. He is President of the Qualicum Institute: www.qualicuminstitute.ca.

A recent news report focussed on the precipitous decline of barn swallows on Vancouver Island. That is certainly true, says Dawe, who starting in 1978 worked on the Royal BC Museum's four-volume Birds of British Columbia project, but it doesn't tell the whole story. People will focus on the extinction of a species but not "the overall impact," he says. When habitat diversity is lost, "it changes the whole dynamic. "The fork-tailed aerobatic wonders mate for life and year after year the couples, migrating from as far as South America, would return to the same nests in the old barn. However, their numbers began to decline as the area was developed. The trees were logged and milled, parts of the estuary were mined for gravel, rock walls were built to stop erosion, and a straight channel, in use to this day, was dug so the river no longer wound through the estuary, shifting course with the seasons. All that meant fewer insects and that meant weak and hungry barn swallows, now susceptible to the larvae of the blowfly. One by one, the nesting pairs slipped away over decades, Dawe says. "When I left there were none."

But it isn't just birds. The inconspicuous Pacific crabapple, once a mainstay of the estuary, is all but gone. Dawe points to a scrawny metre-high specimen near a road. "I'd guess it's a hundred years old," he says. The Douglas fir and Sitka spruce are all but gone. The life-giving grassy carex, as Dawe and fellow biologist Andy Stewart reported in 2010, is being stripped from the estuary by resident Canada geese at a rate of 15-18 metric tonnes a year. "Most of these plants here now are invasive species," he says.

Indeed, in his 35 years of studying what is supposed to be a wildlife sanctuary, it has almost all changed, and it no longer supports the life it once did. It looks green and serene but to Dawe, "It's a veritable desert here." The loss to the food web is a loss to the web of life, he says, and people are a huge part of that web. Indeed, it's an overabundance of people, perhaps by five-fold, which is driving resource extraction and consumption beyond a sustainable planet, he says.

"Economic growth is the biggest destroyer of the ecology," he says. "Those people who think you can have a growing economy and a healthy environment are wrong. "If we don't reduce our numbers, nature will do it for us." He isn't hopeful humans will rise to the challenge and save themselves. "Everything is worse and we're still doing the same things," he says. "Because ecosystems are so resilient, they don't exact immediate punishment on the stupid."
Source:
http://www.oceansidestar.com/news/web-of-life-unravelling-wildlife-biol… 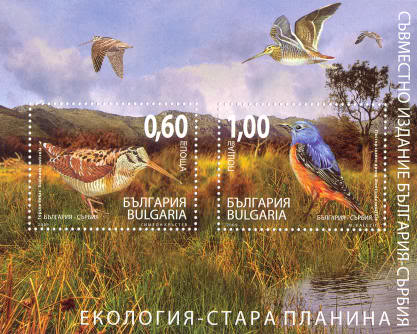